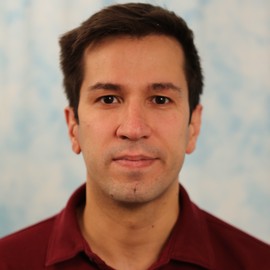 Ruben Martins is an Assistant Research Professor at Carnegie Mellon University. His interests lie in the intersection of constraint programming with program synthesis, analysis, and verification. His recent research focuses on using programming synthesis to improve programmer’s productivity and to automate data science-related tasks. Ruben received his Ph.D. with honors from the Technical University of Lisbon, Portugal (2013). He was a postdoctoral researcher at the University of Oxford, UK (2014-2015), and a postdoctoral researcher at UT Austin (2015-2017). He has published in top-tier venues, including, POPL, PLDI, FSE, SAT, CP, and has won a distinguished paper award at PLDI 2018 for his work on program synthesis. He has also developed several award-winning constraint solvers and is the main developer of Open-WBO: an open-source Maximum Satisfiability (MaxSAT) solver that won several gold medals in MaxSAT competitions. Open-WBO is used to solve many real-world discrete optimizations problems including finding an optimal seating arrangement for his own wedding.

Finding Invariants of Distributed Systems:It’s a Small (Enough) World After All, NSDI 2021

I am always happy to work with undergraduate students at CMU for either SCS Independent Studies or during the Summer or the REUSE program.

Previous students that I mentored at CMU:

Contact me if you are an undergraduate student that wants to work on program verification or program synthesis for either SCS Independent studies or a summer internship.